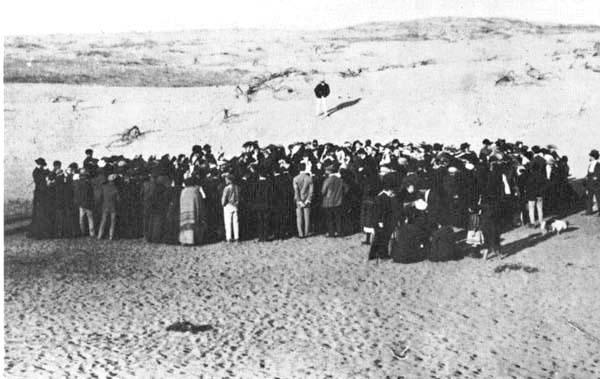 An old man told me when fighting broke out in Gaza last summer: “the international community made huge mistakes back in 1948, when Israel was created, and that’s why they’re fighting in endless loops now.” I didn’t know much about the origins of the conflict, so I believed him, on the basis that he was alive in 1948.
So I started to read up on 1948, intending to write a post about it. My reading led me back to WW2, then to WW1 and to the Balfour declaration, and then even further back into Ottoman Palestine and the beginnings of Zionism. The conflict between the Jews and the Arabs in Israel didn’t start in 1948. It got a lot worse, but it didn’t start there. So I’d like to present this first post in a series on the origins of the conflict. I think the series will be quite long, and I’ll digress quite a lot. Please feel free to correct me in the comments.
On the history of the Jews and the origins of Zionism I’d like to recommend Simon Schama’s wonderful documentary series ‘The Story of the Jews’. It was produced by the BBC but has aired in many countries, so it’s likely you can watch it somewhere. Here, I’d like to give you a very short and incomplete background on Zionism.
Zionism is a movement among Jews in the diaspora which is focused on emigrating to a new, fully Jewish, country. It started in the second half of the 19th century. The Jews of Europe, especially Eastern Europe, where oppressed, marginalized and under threat of violence (pogroms). Many emigrated to America, but some thought they would not be safe there. They wanted a country of their own. And where better than in the original Jewish homeland? At the time, the country that had been home to the original Jewish tribes was a province in the Ottoman Empire, called Palestina.
It was populated, but not very densely, and the Zionist leaders thought there would be plenty of room to house Jews who wanted to emigrate there. The movement gathered a following and, with the help of rich European Jews and some backing from European governments, started to buy land to settle in Palestina. Problem was, the land was for sale, but not exactly empty. On it lived Arab peasants whose families had been there for many generations. Originally they had owned the land, but as in the 19th century Ottoman taxation became more efficient, they lost it to landowners who lived in Damascus, Beirut or even Istanbul, who later sold some of it to Zionists. The Zionists, who wanted to build farmers’ communities consisting of Jews, gradually started kicking the Arabs off the land they now owned. This caused the beginning of conflict.
So you see? This first move on the chessboard that became the Israel-Palestine conflict was not illegal, but it did dispossess Arab peasants who then had nowhere to go. Ordinary Jews who emigrated probably thought the land was empty until they arrived. But from letters and documents it’s clear that the movements’ leaders were aware of the problem, and of the fact that it would cause conflict.

Main source: Righteous victims : a history of the Zionist-Arab conflict, 1881-1999, by Benny Morris
—
This is the second post in a series about Israel. I’ll discuss the history of the country, and the origins of the current conflict. Is there a subject you think I shouldn’t miss? Have an opinion about what I’m saying? Please tell me in the comments.