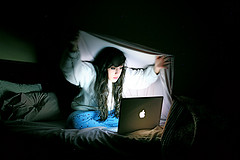 The internet is a terrible thing. No, just kidding, I love it and couldn’t do without it. But this weeks’ trio of international newsmagazines does raise some sticky issues about the dark side of the web.
Teenagers in America (and presumably elsewhere) are finding new ways to be evil to each other on the internet. Bullying is not new, but the omnipresent internet does make for some omnipresent bullies. According to Time magazine, Ask.fm, potentially cute and even philosophical, is giving them the perfect outlet to be horrible to their peers. Instead of the deep philosophical questions the website owners have on their profiles, teenagers ask things like: ‘am I pretty?’ and ‘will you go out with me?’. And are sometimes viciously bullied in the answer section. Time handles it well, pointing out the bad without blaming the website for the dire consequences of the bullying (suicide for example). But ask.fm, in the words of a father; ‘didn’t help’.
Also very unhelpful are websites enabling vindictive assholes to put up naked pics of their ex-girlfriends. With a smartphone, a nude picture is easily taken, and after the relationship has ended, a very good way to hurt the former loved-one. It’ll go a long way to destroying a person’s life, as future partners and bosses alike will frown upon ‘a past in porn’. As the Economist explains, the victim usually can’t prosecute, because there’s very little law that deals with this sort of thing.
So why do those who don’t have this evil evil thing, the internet, still want it? Also in the Economist, a story about Liquid, a company continually jumping through hoops to get broadband to the parts of Africa that don’t have it yet. Even though there’s a long way to go before the internet is as omnipresent in African lives as it is in Westerner’s, there’s still a huge profit to be made. One that makes jumping through hoops in countries like Zimbabwe well worth it.
The self proclaimed capitalist magazine sympathetically doesn’t mention any reasons more philanthropic than making a huge profit. But there are still reasons, though dwindling, to praise the subversive power of the internet. Der Spiegel is not optimistic that they’ll be left alone much longer, but still, the dissidents/writers of slon.ru have a far wider reach than the marginalized critical press in Russia. And even though one of the journalists himself admits that the line between journalism and dissident fades on the internet (and it’s therefore not exactly independent journalism), it’s still good that there’s something for Russians to read that isn’t Kremlin propaganda.